As we’ve done for many past Quilt Shows, we are featuring two special art quilt exhibits, one from an outside group that includes several of our members and the other from one of our longest-running Small Groups.  We hope you enjoy their creativity!

This group of SE Michigan based fiber artists, whose ranks include a few past and current members of GAAQG, have been meeting for more than 20 years to share ideas, critique each other’s work and challenge each other to do work that fits a theme.  The group is dedicated to the concept of the quilt as art. Their work encompasses traditional quilting techniques as well as many other methods of embellishing fabric or manipulating it into sculptural forms.

Paradigm is exhibiting works from two of their group’s challenges: 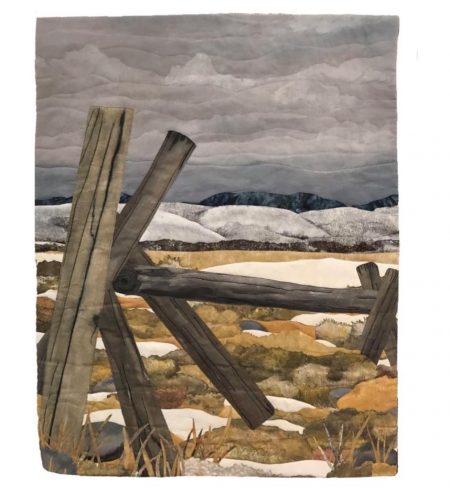 The inspiration for this collection was the ‘telephone game’ in which a spoken message is passed from person to person until the final message is revealed, however mixed up that is.  This challenge started with one piece passed to the next artist, who had to be inspired by that one piece. Each artist only saw the piece given to them until the whole set was revealed at the end.

The inspiration for this collection of art was “Treasure Hunt”, a wonderful fabric designed by Marcia Derse, a fiber artist based in the Pacific Northwest.  Each piece needed to be 34” x 34” and use at least twelve square inches of the focus fabric.

Members of this GAAQG Small Group founded in 2006 meet monthly to encourage one another’s artistic growth as quilt makers by participating in challenge projects, sharing their current quilting projects for critique, and organizing group retreats. 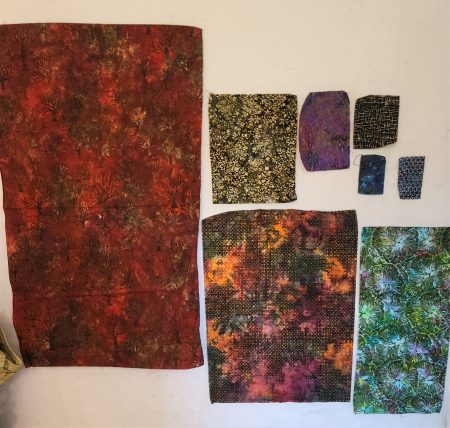 Batik Half and Half Again Challenge

Once the ripping and passing was finished, each member had a portion of all the starter fabrics. The challenge was to create an art quilt including every batik fabric with the addition of only one more fabric of their choosing. There were no size, shape, or design restrictions for the result. 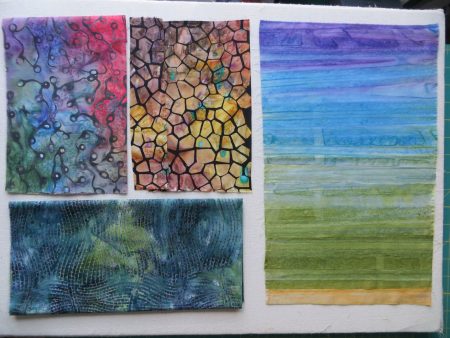 The challenge was done by two subgroups. The first had eight members and the second four. Since the second group was smaller, they were allowed to add two of their own fabrics rather than only one.